As the 2018-19 school year begins, information to help districts and schools implement the Every Student Succeeds Act (ESSA) is being published to sections of our website. This page, and other pages in this section, will continue to be available and will serve as an archive of the process the Minnesota Department of Education used to develop the Minnesota State ESSA Plan.

For specific implementation information, visit these pages of our site:

The 2018-19 school year is the first full year of ESSA implementation.

Minnesota's plan for implementation of ESSA is available in full and by section on the Minnesota State Plan webpage.

A great way to stay informed about what's going on with ESSA in Minnesota is through the ESSA Update newsletter. Subscribe to the newsletter and check out the latest editions: 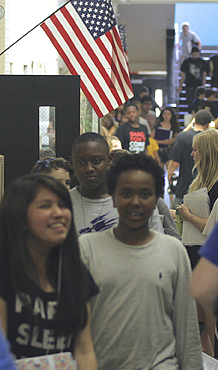