The Student Support Data Collection (SSDC) system was designed to simplify, consolidate and automate data collection processes for specific programming requirements. The SSDC is secure and password-protected. The district or charter identified official with authority (IoWA) must assign an SSDC coordinator. The SSDC Coordinator is responsible for ensuring that the annual count is accurate and submitted in a timely manner. The SSDC coordinator must have a secure Minnesota Department of Education (MDE) user account. View step-by-step instructions how to create, view or update an account or access an application.

Student Travel Incident Reporting
Minnesota Statutes, section 5A.03, subdivision 2 requires school districts and charter schools with enrolled students who participate in a foreign exchange or other travel abroad program to report to MDE by November 1, the number of Minnesota student deaths and hospitalizations due to accident or illness resulting from their participation in the foreign exchange or travel abroad program during the previous school year. For more information, contact Student Support, 651-582-8579.

RAEL Identification
A Recently Arrived English Learner (RAEL) is a K-12 student who has been identified as an English learner in Minnesota and who has been enrolled in a school in one of the 50 states in the United States or the District of Columbia for less than 12 months at the time of testing. A student can only be identified as an RAEL one time and reported by June 1. For more information, contact Student Support, 651-582-8579.


Title III, Part A, Immigrant Children and Youth Grant Reporting
Section 3113(d) of the Elementary and Secondary Education Act (ESEA), Title III, Part A, Immigrant Children and Youth is a source of funding to supplement the resources of local school districts in providing quality education to eligible immigrant students. Its purpose is to provide enhanced instructional opportunities to help meet the needs of immigrant children and youth. MDE annually collects the number of immigrant children and youth as defined by Section 3301(6) of Title III by June 1. The information is used each year by MDE to determine each local educational agency's (LEA) eligibility and allocation for the Title III, Part A Immigrant Education program. MDE reports the school level immigrant count to the U.S. Department of Education for immigrant grant verification. For more information, contact Student Support, 651-582-8579.

Active-Duty Parent
Beginning in 2018, districts must submit information about which students have had a parent on active duty in the U.S. military (excluding the National Guard) in the past year. All districts are expected to report active duty parent (ADP) status for students in tested grades annually by June 1. Section 1111(h)(1)(C)(ii) of the Every Student Succeeds Act (ESSA) requires that student achievement on state assessments be disaggregated by “status as a student with a parent who is a member of the Armed Forces (as defined in section 101(a)(4) of title 10, United States Code) on active duty (as defined in section 101(d)(5) of such title).” Section 101(a)(4) of title 10 of the United States Code defines the Armed Forces as, “the Army, Navy, Air Force, Marine Corps, and Coast Guard.” Section 101(d) of Title 10 of the United States Code defines “active duty” as “full-time duty in the active military service of the United States. Such term includes full-time training duty, annual training duty, and attendance, while in the active military service, at a school designated as a service school by law or by the Secretary of the military department concerned. Such term does not include full-time National Guard duty.”

Because this is an annual reporting requirement, a student’s status as a child with an ADP can change from year to year. To satisfy this requirement, MDE is asking districts to report students’ ADP status through the SSDC each year.

A student should be included in ADP status if one or more parents has been on active duty in the Army, Navy, Air Force, Marine Corps, or Coast Guard – excluding National Guard duty – between the end of the previous school year and the beginning of the current year’s accountability window. If a student’s parent was on active duty during the summer, that student should still be included as having an ADP. For more information, contact Student Support, 651-582-8579. 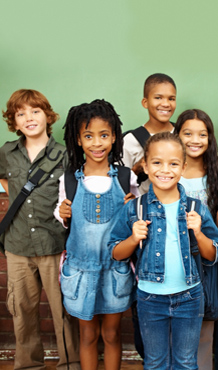